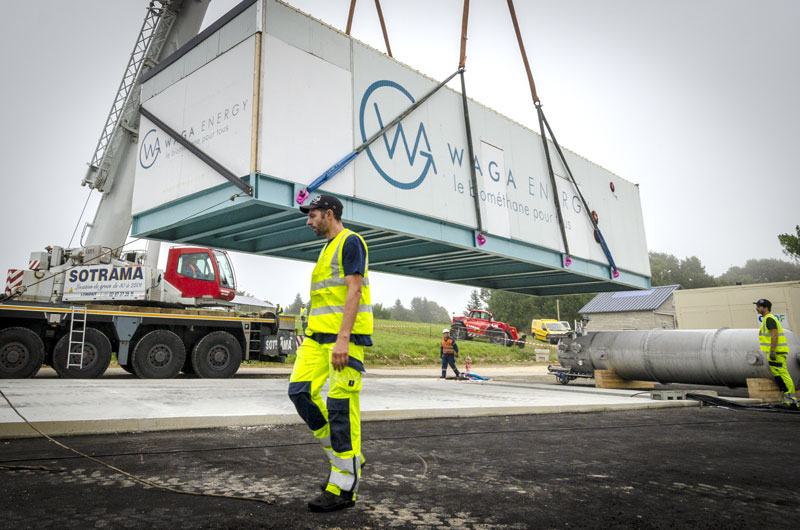 Unloading the membrane filtration unit of the WAGABOX® station at the Kermat landfill.

In early September the main component of the seventh WAGABOX® landfill gas purification unit arrived at the Kermat landfill in Inzinzac-Lochrist, France. The facility is operated by the Greater Lorient Intermunicipal Authority.

The 26-ton membrane filtration module was transported by special convoy from the plant where it was manufactured near Grenoble, France. Jean-Paul Aucher, VP Energy, Greater Lorient Intermunicipal Authority, was on site to see the massive filtration module unloaded. Several local journalists also came to report on the delivery.

The Kermat WAGABOX® unit is currently being assembled on site and is scheduled for commissioning in late November. It will purify the biogas that is spontaneously generated by the waste buried on site into biomethane, which will be injected directly into the local gas grid operated by GRDF.

The WAGABOX® will supply around 1,500 households with biomethane. This renewable gas will be used instead of fossil-based gas, avoiding 2,000 tons of CO2 emissions each year.